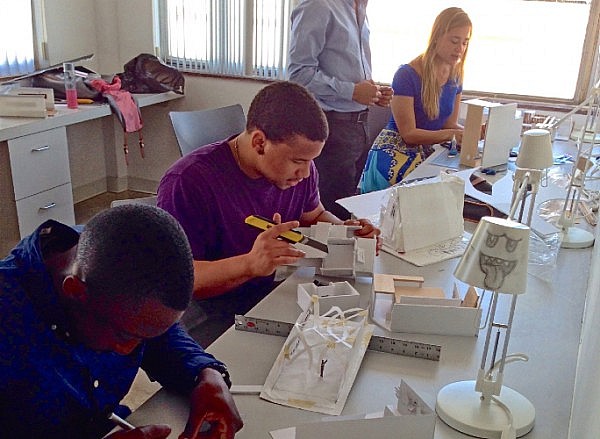 Harvey Bernstein, a CCE Tenured Professor at Pratt Institute in New York, is teaching an exhibition design workshop at the College of Architecture + The Arts | Miami Beach Urban Studios.

Students in this elective develop several three dimensional scaled models of projects that integrate all areas listed above. Special focus is on creating interpretive environmental experiences that include story telling, object design, and environmental design. After a short series of ideation studies, students develop a self-selected project. They will present this project in drawing and model form at the semester’s end.

The professor behind exhibition design is Harvey Bernstein, who graduated from Pratt Institute with a Bachelor of Fine Arts in 1964. Since then, he has taught at the New School for Design at Parsons, as well as Pratt Institute. He has also worked as a designer at R. Gersin Associates, as a senior designer at Gagnon Valkus, as executive designer at Unimark International, and as vice-president at Genesis Design Inc. He has been a consultant at Landor Associates, Chermayoff and Geismar, and Pentagram, and he is currently president of Bernstein Design Associates (BDA).