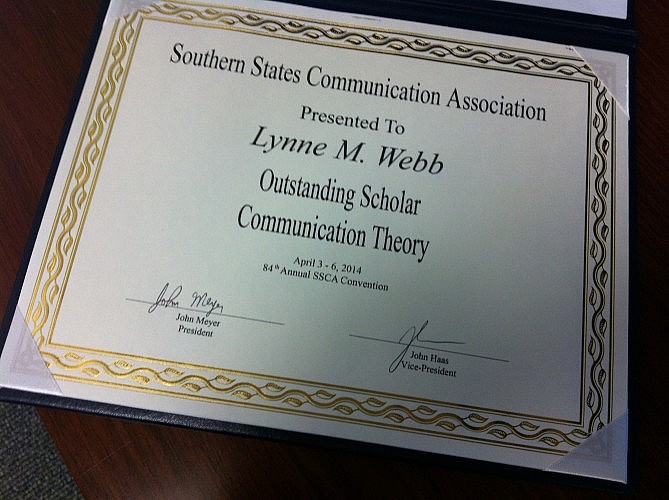 This is Webb’s second time winning the award; she was similarly honored in 2000 and is the only scholar to receive the award twice. On April 5, 2014, a panel was held in her honor at the annual meeting of the Southern Communication Association. At the panel, she was interviewed about her research and asked to explain how she writes theory, manages multiple methods studies, and supervises large collaborative teams of researchers.