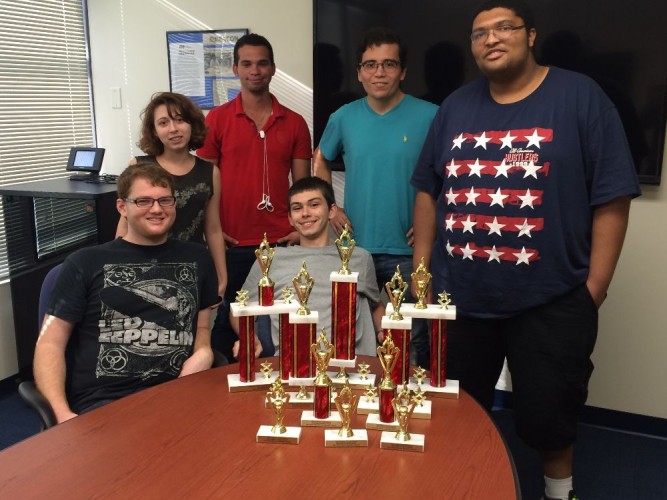 Justin Merwitzer, Political Science major, took the top prize in the IPDA Novice competition, where contestants were given a topic and had 30 minutes to construct an argument. Josh Moncure, Criminal Justice major, placed in two categories: 3rd place in the varsity IPDA competition, and the top speaker award in open competition. Topics included whale hunting, cyber terrorism, and legal rights of permanent residents. Both members advanced as the number 1 seed in their division into elimination rounds.