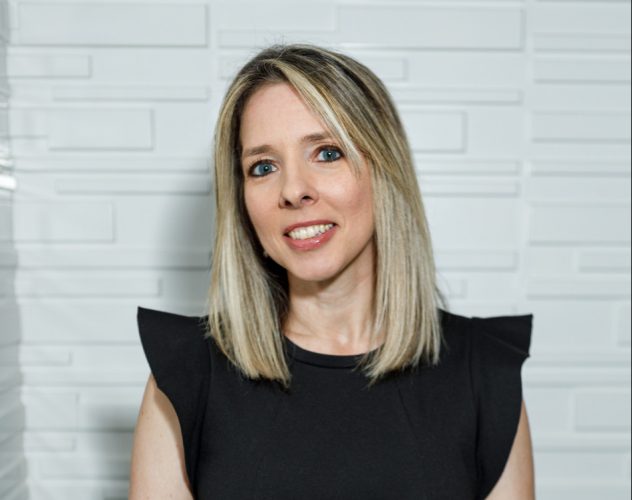 Melina De Rose has made a name for herself working to promote Miami and its culture. She was recently made editor of Artburst Miami, a media hub for local dance, music, theatre, visual arts and independent arts coverage. Having spent 22 years at the Sun Sentinel in roles such as section editor, department head, social media specialist and web producer, she is a veteran editor and communications specialist. De Rose worked with the team that won the 2019 Pulitzer Prize for Public Service for its coverage of the mass shooting at Marjory Stoneman Douglas High School in Parkland. Before that, she was a scriptwriter for the Sun Sentinel documentary, “The Hidden Hungry,” which premiered at the Fort Lauderdale International Film Festival and earned an Emmy Award nomination.

Bachelor of Science in Communication

What year did you graduate from FIU?

What did you major in while at FIU?

What made you decide to pursue this major?

On my very first day at FIU, I walked past the office of what was then The Beacon student newspaper and, out of curiosity, I decided to step inside. On the spot, I received my first news assignment. I turned it in the following week, then kept returning week after week and that was it – I had my major.

Can you tell us more about your work at Artburst Miami?

My role at ArtburstMiami.com allows me to do two of my favorite things: edit stories and promote Miami. As a media hub for arts and entertainment content, the website provides exposure to hyper local artists and groups. I work with freelancers (many of them former newspaper journalists) to cover places and people that may otherwise not get media attention (mostly due to limited resources). We then post the stories on our site and share them on social media, of course. But we also provide our stories to other outlets, including the Miami Herald, Sun Sentinel, FIU’s Inspicio e-magazine, WLRN and more.

What path did you take to attain your current career as editor for Artburst Miami?

I spent 22 years at the Sun Sentinel, working in almost every section of the newsroom. I wrote and edited stories; coordinated major projects; served as a social media specialist and web producer; managed staffs; and co-authored an Emmy-nominated documentary.

How have your previous jobs helped prepared you for this new role?

There’s nothing like being in a newsroom to prepare you for the working world. It drills into you the importance of deadlines and details. It teaches you to work with a sense of urgency, to handle myriad tasks at once and to become an expert in a wide variety of subjects.

What has been the coolest thing about your job so far?

Working with the talented writers and immersing myself in Miami’s arts and entertainment scene.

What made you decide to work in the communication/media field?

While I was working for The Beacon, I also interned at other newspapers, including the Miami Herald and Miami Springs’ River Cities Gazette. Then I took a three-month, copy-editing internship at the Austin-American Statesman in Texas. All of these experiences together bolstered my drive to pursue a communications career.

How has FIU helped you get to where you are today in your career?

FIU showed me the path, in so many ways. It provided me with a stellar education (the “grammar test” was invaluable!) and a rigorous training camp in the form of The Beacon. I have always been grateful for my time at FIU and have sought to give back. I have been a member of FIU’s Student Media Board – advising on issues of importance to the student paper, website and radio station – for many years. I also have interviewed FIU students for Sun Sentinel internships, participated in journalism “boot camps” and spoken in classrooms.

What advice do you have for students interested in a career in media and communications and the graduating students that are entering the work force?

I chose to work with words and, whether I continue to work in journalism or not, that will not change. You can do many things with a communications degree. If you want to be a journalist, you will need to constantly adapt in order to thrive in an ever-evolving environment. You will need to come to terms with this reality and decide how you’re going to make it work for you. Look for mentors. Constantly hone your skills. Make change happen. Be strong. Be brave.

In addition to my role with ArtburstMiami.com, I recently was named editor of MiamiOnTheCheap.com, which focuses on freebies, discounts and other deals in the Miami area. I hope to keep pursuing jobs that allow me to edit and to promote Miami.