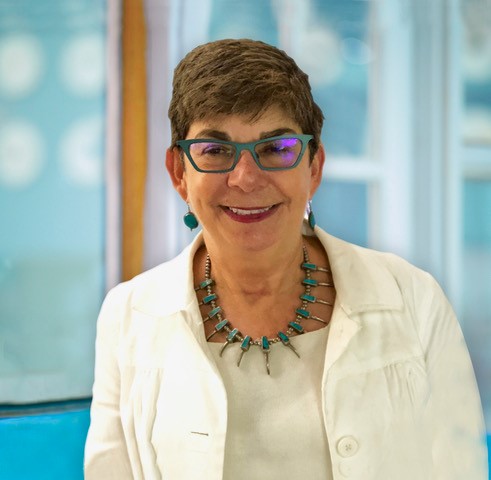 FIU alum Alexandra Bassil has always been always extremely fond of all things PR, communications, and media relations. Working in such a fast-paced environment for over 30 years now, Alexandra Bassil began her career at the University of Florida pursuing an undergraduate degree in Journalism/Public Relations in 1978.

After spending over 20 years in the working world, Alexandra decided to return to school and pursue her master’s degree from FIU as a non-traditional student. Over the course of 5 years, Alexandra resolutely took one class each semester towards her degree and finally graduated in 2005.

How has FIU Helped you get to where you are today in your career?
As a non-traditional master’s degree-seeking student, I took one course per semester as I was working full-time. The master’s degree played a significant role in my last position at a health insurance plan. The company was going through business process organization efforts and sought to hire more employees with advanced degrees. At the time I was taking courses (2000-2005), I was working in advertising and PR and had a reinvigorated attitude toward the business due to the stimulation of the classes, professors, and fellow students.

What path did you take to attain your current career?
As an undergraduate student, I studied journalism and PR at UF, a course of study I specifically sought out during my high school senior year, as a natural-born communicator. I have always been attracted to intellectually complex subjects and, through my coursework, became excellent at communicating complex ideas in easy-to-understand language.

What’s been the coolest thing about your job so far?
In former jobs that I held at FIU’s Media Relations office and also another time period at the University of Miami’s Media Relations/Communications office, I enjoyed working with reporters from global, regional and local media outlets to position the respective university’s experts as newsworthy. I’ve also enjoyed working with UM’s Frost School of Music and being able to hear and see a wide variety of musical performances. While at UM I also participated in many presidential debates held on campus in 2012, 2014, 2016 in addition to the Clinton Foundation’s Global University event.

What does a typical day for you look like?
As a newshound, I spend the early morning hours catching up on global, regional, and local news on Twitter – my go-to media for all breaking news, while getting to know and build relationships with media. A typical day never really happens when you work in a fast-paced communications career. There is a lot of writing, proofing, editing, and communicating ideas to your constituents – be they internal or external audiences. There is also a lot of SKYPE’ing, emailing, and reaching out in person or by phone. I’m a people-person by nature, so I want to be in front of live people as much as I can every day.

How does your job connect back to your coursework?
The most important skill I acquired through all of my course work is the ability to write well and take complex ideas, research them, and communicate them to the audience in order for them to act on it. I learned to always remember to include a “call to action” in efforts to persuade your audience to do something now.

Were there any classes or professors that influenced where you are today?
Professor Fernando Figueredo’s crisis communications class was one of the best real-world classes I took at FIU. I had already experienced a crisis communications scenario before taking the class, so I recognized how important his class was for everyone in the master’s program.