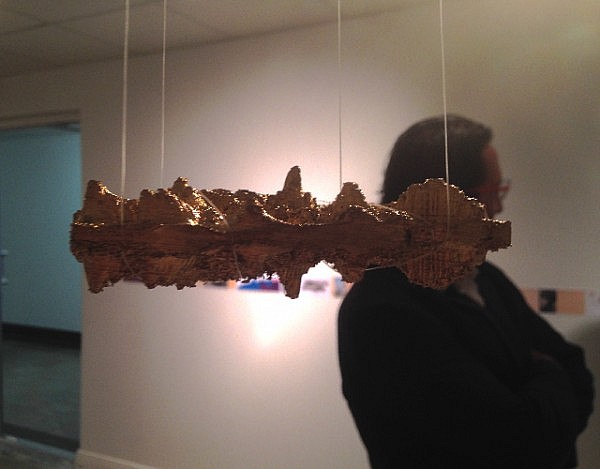 Shallow Depth drew more than 50 viewers that included students from the University of Kansas School of Architecture, Design & Planning. In attendance were also CARTA Dean’s Distinguished Fellow Alastair Gordon and Christian Larsen, curator of the Wolfsonian-FIU.

Shallow Depth is the first collaboration of Jason Chandler, Jacek J. Kolasinski, and Roberto Rovira, an architect, an artist, and a landscape architect, respectively. The exhibition collapses the disciplinary boundaries of these three educators to reveal the complexities of the city in which they live and work. For each of them, Miami is a context that frames and provides source material for their individual métiers. Miami’s surreal aura of geological flatness and precarious nature, mixed with the global ambition and subtropical context of a famously diverse city, enriches and challenges the work of this trio.