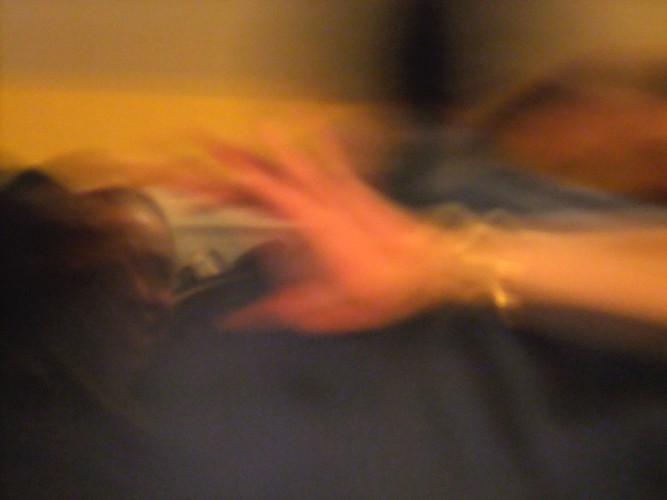 Renée Cooley (BFA ‘78) is a design principal at Cooley Monato Studio, an architectural lighting design studio in Manhattan that she has co-owned since 1993. Cooley will open FACES & PLACES: Photographs & Light Work, a new exhibit at the College of Architecture + The Arts | Miami Beach Urban Studios which emphasizes her work with light and art. Below is an introduction from Cooley about the exhibition and how her FIU education impacted her career outside of the classroom walls.

This exhibition is a tale of two of my creative pursuits—photography and design—both of which feature light as the common denominator.

After earning a BFA in Photography at FIU and an MFA in Photography from Yale, I began working at a small architectural lighting design studio called Light & Space, run by principal Peter Barna (an important mentor who has since become the Provost of Pratt Institute). The work of Peter’s office was largely inspired by the work of the artist James Turrell, who explored perception, particularly how light, space and color influence one’s sense of place. With a background in photography, I understood these essential qualities of light, so I committed myself to learning lighting design at Light & Space.

After six years with Light & Space, I started my own studio, Cooley Monato Studio (CoMoS), which grew when I welcomed Emily Monato as co-principal. Over the past twenty six years, CoMoS has built a richly diverse portfolio of projects, many award-winning, with a concentration in retail, hospitality, and residential.

While it has remained a passion of mine over the years, photography is something I infrequently exhibit. I characterize my pursuits in photography as being a collector of sorts. I respond to the world in a straightforward way without being strictly documentary about it. The work in this exhibition reveals how I relate to discovering certain subject groups and expressing this through faces and places. My photographs of people suggest something about “character.” I selected the places where the photographs were taken for how their light qualities reveal the atmosphere and “sense of place.” In a formal sense, the keys to successful work in both art and design are composition and balance. More elusive is the subjective component that enlivens the heart and mind and expresses content. I strive for the artful integration of both the formal and subjective—which is what this exhibition is about.

I thank Dean Brian Schriner for the initial suggestion that became this exhibit and to Jacek Kolasinski and John Stuart, along with the staff and students at the Miami Beach Urban Studios, who have kept the project rolling.

As my teacher at FIU, Bill Maguire opened my eyes and mind to photography in ways I had not before seen or thought of. I am forever indebted to him for that and for coming full circle to curate this exhibit.

Many of the color prints here were made by Charles Collins, whose help in producing the work was invaluable.

Last, but not least, I want to acknowledge the designers and staff of CoMoS, who were collaborators in the projects presented here and who lent a hand in helping me organize this exhibit.