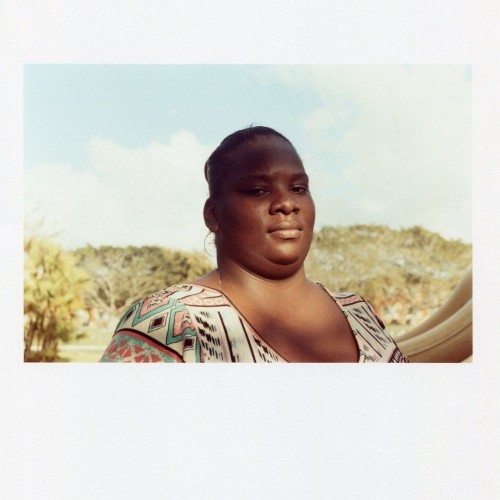 The Musee du Louvre in Paris recently featured a photographic work by FIU College of Architecture + The Arts alumna Paola Katherine Rodriguez (BFA ’15) on July 13th, 2015. Her photograph “Takia” was included as part of the Fifth Annual Exposure Award reception’s Portraiture Collection at the museum.

Rodriguez had heard of a contest hosted by SeeMe, an online platform that connects creatives of various artistic media across the globe. After submitting work from her series Broken Free, Rodriguez received a notification from SeeMe about the inclusion of her work “Takia” in the Fifth Annual Exposure Award reception at the Musee du Louvre. The event featured Rodriguez along with other photographers that collectively represented over 191 countries.

“I have been applying for grants and submitting my work to various calls for artists and competitions,” said Rodriguez. “This one in particular received about five million submissions, and only 200 photographs were chosen to be displayed. When I was told that one of the 200 photographs was mine, I was speechless and ecstatic.”

Rodriguez’s Broken Free is a photographic project that emphasizes the healing processes of survivors of victimization, such as domestic violence, child abuse, sexual assault, and rape. The photography series was started by Rodriguez in September 2013 and was shown both at the FIU Photography Club’s Photojournalism Exhibition (March 2014) during FIU’s Take Back the Night event (April 2014) and at the Graham Center Art Gallery as a solo exhibition (May 2014). Since its beginning, Rodriguez has photographed and worked with seventeen survivors of abuse – ranging from the age of nineteen to forty-six.

“As a survivor of abuse and rape,” said Rodriguez, “I realized that an important thing that was taken away from me . . . was my voice. In my photography series Broken Free I try to promote awareness of victimization, while empowering survivors to speak out.” She values her showing at the Musee du Louvre in July as additional exposure for an important project. “If one more person could be reached, then that just raises more awareness, and it’s one step forward in helping someone break free….”

Rodriguez has shown Broken Free at the last three FIU BFA semester reviews of her college career. In the Fall 2014 review, Rodriguez was awarded a scholarship for placing amongst the top three of those reviewed.