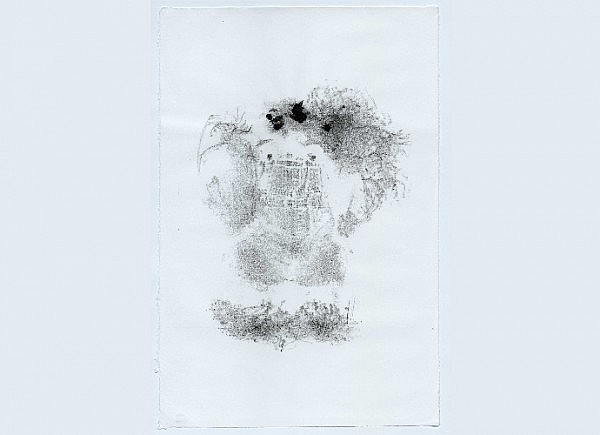 The College of Architecture + The Arts’ Michael Namkung, Assistant Professor of Drawing, has been selected to present his paper at the 2014 Southeastern College Art Conference (SECAC) in Sarasota this Friday, October 10th.

Additionally, Namkung’s work Baby Picture #36 (pictured above) will be included in a juried exhibition of the 2014 SECAC. The juror for the exhibition is Matthew McLendon, Associate Curator of Modern and Contemporary Art, The Ringling Museum, Sarasota, FL. The juror will select one artist to receive a “Best-in-Show” award and may, at his discretion, bestow additional honorable mention awards. (Source: Southeastern College Art Conference (SECAC))

The juried exhibition of the 2014 Southeastern College Art Conference will open on Wednesday, October 8th, 2014 to the public, with a members’ reception on Thursday, October 9th, 2014 at the Sarasota Art Center: 707 N Tamiami Trail, Sarasota, FL 34236.

Namkung will present his paper, “Drawing Under Duress,” as part of the contemporary drawing panel of the conference. The name of the panel is “Porous Borders: The Changing Face of Contemporary Drawing,” and its purpose is described as the following:

“In the latter part of the 20th century, the perception of exactly what drawing is, or could be, underwent a seismic shift. An activity that had been historically perceived as an act of preparation evolved into a primary means of expression: a sunburned body or channel cut into the floor of the desert could lay claim to the discipline as readily as the traditional mark on a page. Through surface, 20 space, time, and technology, the intervening years have done little to diminish the malleability and elasticity of drawing. From the rigorously traditional to the experimental fringe, this session, the second in a series at SECAC, seeks perspectives on contemporary drawing and the historical precedents that have allowed it to flourish in recent years. A variety of proposals [we]re encouraged from practitioners, critics, and historians invested in the current state of drawing as a primary means of creative activity.” (Source: Southeastern College Art Conference (SECAC))

Namkung’s “Drawing on Duress” discusses how drawing can offer a “return to the body.” Namkung explains that “as technological mediation of human experience expands, human beings have developed increasingly sedentary and solitary behaviors, becoming ever more disconnected from our bodies. Our body of knowledge on the human condition has become literally disembodied, overly abstract, and set adrift from lived experience. I practice drawing under physical strain to explore a state of consciousness, a condition of vulnerability, and a certainty of failure rooted in the body. I emphasize the activity of drawing as a physical relationship between body and environment, in which drawings define the site of sensory perception, where the self and the world physically touch. This relationship reveals itself in biomorphic drawings composed of marks that refer directly to spatial and temporal measures of the body; drawing as an index of human experience. This paper shares two ongoing drawing investigations. In Drawing Gym, I explore the intersection of drawing and athletics by combining strenuous exercise with traditional drawing tools, making drawings based on movements of my body and the bodies of others. In Baby Pictures, I designed a hybrid drawing-printmaking system to record my newborn son’s movements throughout his first year of life.“

The Chair of the contemporary drawing panel of SECAC 2014 is Pete Schulte, University of Alabama and the Co-Chair is Travis Head, Virginia Tech.