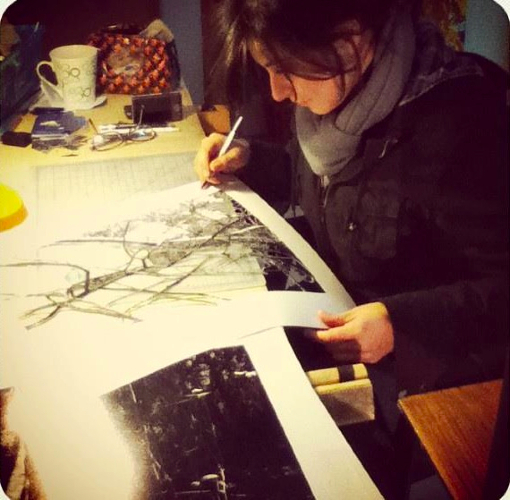 MFA Alumna Venessa Monokian (’07) Back from Residency in Buenos Aires

Venessa Monokian, a College of Architecture + The Arts alumna, has returned from an artist’s residency in Buenos Aires, Argentina. Monokian, who graduated from the Master of Fine Arts program in 2007, was invited to the city by the leader of the residency, making her the first foreigner to participate in the program. During her stay in Buenos Aires, Monokian created much new work, which involved nature. She created three-dimensional landscapes, silhouetted images, an installation piece of a tree with an attached video, stop-motion animation, and maps and gallery guides hand-cut “using a tree motif.” Monokian had surprised even herself at the amount of pieces she created while in Argentina.

In Buenos Aires, Monokian met many artists, the kindness of whom she valued during her stay in the foreign country. Although unfamiliar with Spanish, Monokian involved herself creatively with the artists, and visited the city’s museums and galleries and saw theatrical performances. “[Though] subtle,” she said, “many of these influences found their way into [my] work and definitely affected the final outcome of what was produced.”