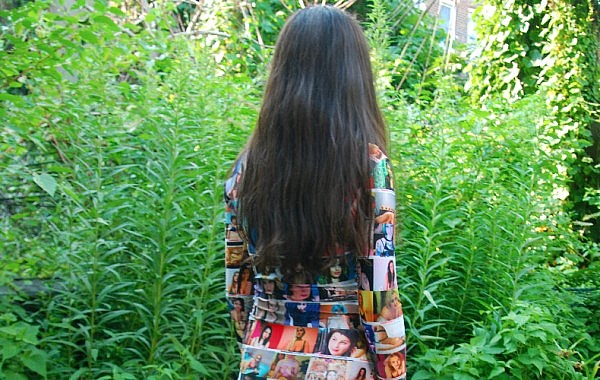 Lindsay Dye (BFA ’11) is featured in a new exhibition at the Java Project called camgURLs and in  an exhibition at Five Myles Gallery called New American Sculpture.

camgURLs is a solo exhibition by Dye, in which she gazes through a multipurpose lens. Acting as the photographer, voyeur, and muse, she traverses between boundaries of making. Her work in the show stems from adolescent kitsch and the desire to be desired. (Source: The Java Project) The exhibition is a collection of images screen-captured from web camera sites, showing “candid stills [that] appear surprisingly staged,” as described on Vice.com’s Motherboard.

New American Sculpture is curated by Dexter Wimberly and highlights the work of nine artists who seek to challenge conventional thinking about sculpture and simultaneously express their cultural agency. The exhibition’s title not only reflects the fact that the exhibited works are new, but also conveys the artists’ fresh approach to three-dimensional art making. As Wimberly said on the Five Myles Gallery website, “For these multidisciplinary artists sculpture is but one aspect of their practice, yet it emerges as the most potent manifestation of their creative output. New American Sculpture serves as a platform for some of their most exciting and insightful work.” (Source: Five Myles Gallery)

Dye was in the FIU Patricia & Phillip Frost Art Museum‘s 25 Sq. Inches: The Faces of Permanent Collection this past summer, and she was featured in the Atlantic Center for the Arts’s 22nd Annual Student Exhibition as an undergraduate student, for which she was nominated by FIU professors. Upon graduating with her BFA from FIU in 2011, her work was collected by the Frost Art Museum through the Betty Laird Perry Emerging Artist Purchase Award.

Dye graduated from Pratt Institute in 2014 with her Master of Fine Arts in Photography. She lives and works in Brooklyn.

This article was written with images and information provided directly by The Java Project and Five Myles Gallery.

The images in this article are provided courtesy of Lindsay Dye.