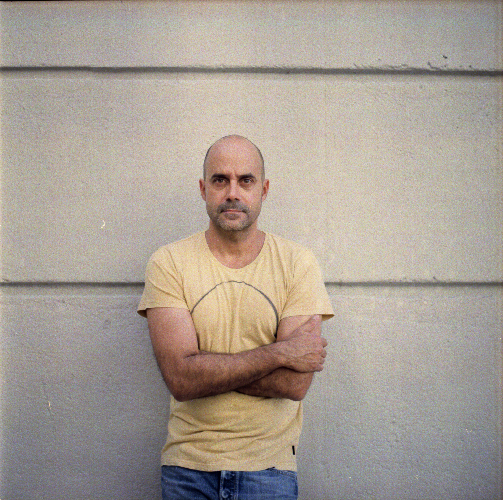 “One of the major themes behind this exhibition is my personal fascination with the simplicity of the architecture of Miami’s manufacturing districts,” said Sánchez. For more than ten years, Sánchez has worked in the city of Opa Locka as an engineering drafter, and it is parts of this city’s aesthetics that has captured his interest. “During all of these years, my daily commute through these sectors has roused my interest in describing, through my photographs, the faded colors and the fascinating textures that can be found in such unexciting structures.” In his photographs, which were taken between 2011 and 2014, Sánchez emphasizes the deterioration of these sectors and of the quality of life for those who work and reside in them. Taking the photographs during his 6.9-mile commute from home to work, Sánchez considers the photographs a tribute to the workers and residents of Opa Locka.

For a solo exhibition such as The Opa-Locka Effect, Sánchez considers his education at The College of Architecture + The Arts good preparation. “Firstly,” he said, “the high standards of FIU Art + Art History professors provided me with all of the appropriate tools to develop my personal skills, to such a level that has allowed my work to stand up in contemporary Miami’s art sphere.” Sánchez also values the opportunity for FIU students to exhibit their work in the Patricia & Phillip Frost Art Museum, allowing for exposure of new artists in the Miami community.

Lastly, Sánchez values the personal interaction he had with professors. “I believe that the continuous personal interaction with the professors, and the time they dedicated to analyzing and critiquing their students’ work during class, were essential ingredients to the successful execution of the ideas in which my work was based.”

All images in this article are provided courtesy of Jorge Sánchez.