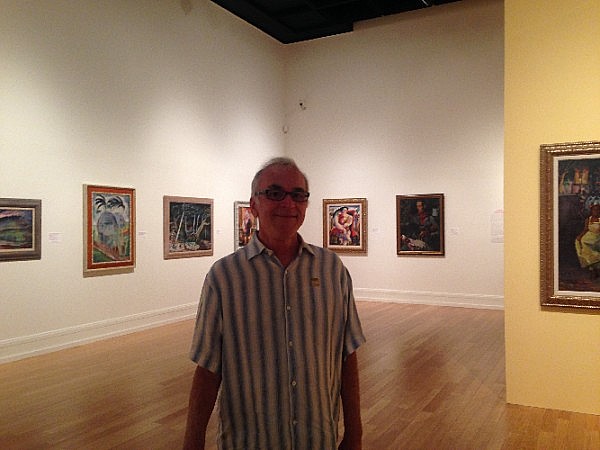 Dr. Juan A. Martínez, Professor Emeritus of Art History at the College of Architecture + The Arts, is an art historian who teaches courses on European and Cuban modern art. He has written literature about this subject, including Cuban Art & National Identity: The Vanguardia Painters 1927-1950 (University Press of Florida, 1994), María Brito (Los Angeles: UCLA, 2009), and various chapters and essays in exhibition catalogs.

Dr. Martínez’s written work has been featured in literature published by organizations such as the California International Arts Foundation, the Miami Art Museum, the Museum of Art | Ft. Lauderdale, the Lehigh University Art Galleries, and Christie’s.

He has also presented papers at major international conferences. Dr. Martínez has attended, among others, the Cuban Art Today Symposium, the Conference on Caribbean Visual Culture, the Southeastern College Art Conference, and the Centenario del Natalicio de Wifredo Lam (held during Lam’s centennial birthday). He has served as a Chair for several conferences, such as the 28th Annual Conference of the Association of British Art Historians in Liverpool. He has also lectured at institutions like the Museo de Arte Contemporaneo de Monterrey and the Musee des Beaux-Arts de Montreal.

Dr. Martínez received his Associate degree in Liberal Arts from Miami-Dade Community College (1972), his B.A. in Liberal Arts from the University of Florida (1974), and his M.A. in Art History: Medieval Art and Ph.D. in Art History: Modern Art from Florida State University (1977 and 1991). He has taught Art History Survey, Modern Art, and Interdisciplinary Humanities courses as an Associate Professor at Miami-Dade College. He most recently was the Chair of the FIU Art + Art History Department from 2006 to 2011, after working as a Professor in the courses of Modern Art, Art and Politics, History of Cuban Art, Latin American Modern Art, Methodology, and Special Topics in 20th Century Art.

“Teaching at FIU confirmed my love for sharing with students my knowledge of art history,” said Dr. Martinez. “The challenge was to make it relevant to their lives for majors and non-majors alike. In general, teaching there gave me a lot of positive energy, satisfaction, and many good memories.”

The Professor Emeritus recently received a FIU 2013 Top Scholar Award from University President Mark B. Rosenberg. In the past, he has won First Place (Triple Crown) for the 12th Annual International Latino Book Award for María Brito, the MacArthur Foundation Grant, the Ford Foundation Travel Grant, and the Florida Endowment for the Humanities award.

Martínez is a member of the College Art Association of America and the Latin American Studies Association. Currently, he is writing a monograph on one of the pioneers of Cuban modern painting, Fidelio Ponce de León (1895-1949).