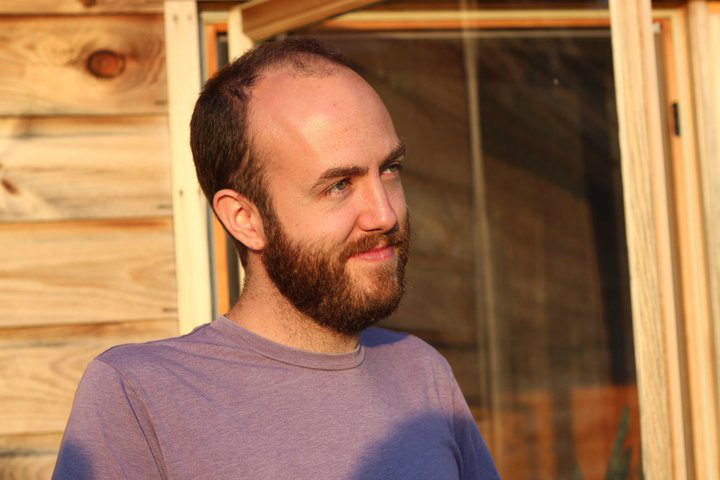 Dustin London is a visiting Professor of Painting in the College of Architecture + the Arts, who has started on his second year with the Art + Art History Department. London attended Michigan State University for his Bachelor of Fine Arts, and the University of Pennsylvania for his MFA. He has exhibited in spaces such as Kunsthalle Galapagos in Brooklyn, the Bronx Art Space, and the Rodger LaPelle Gallery in Philadelphia. Before arriving at FIU in Fall 2012, London was first in Brooklyn for seven years, teaching and creating art, and fulfilling his residency program with New York Foundation for the Arts. Then, he moved to New Mexico with his wife for another residency, before landing in Miami to be a professor for CARTA.

In his artistic work, London is known for his emphases on geometry and the notion of impermanence. He said, “In a painting or drawing I can subvert the usually concrete or definitive relationships associated with geometric abstraction[,] with ambiguities in space or form that allow for a more idiosyncratic visual logic.” London’s additional focus on impermanence stems from a desire to focus on the present moment and on the process of a work, rather than on its result. In fact, the pieces he makes are, usually, destroyed after their creation. However, the professor is now altering his perspective – a change that started with his residency in New Mexico. He decided to give his pieces longer existence after their creation, so that he could understand them and experience an evolution in his understanding. This, in turn, will determine his next and future work. Although he still enjoys focusing on the creative process, this change in perspective has helped London to see his work in a different light.

In this courses at FIU, London has the same goal for his students as he does for himself as an artist. He wants them to have self-discoveries and personally rewarding experiences. “Primarily, I want to open the possibilities of what painting can be for students, to have them approach their work always with a sense of experimentation, where, hopefully, painting shows them something new or surprising. As students continue to paint into the more advanced undergraduate and graduate levels, I want to help them find a more focused inquiry, where painting is a rigorous and directed searching that leads to increasingly rich and rewarding discovery. I love painting deeply, and I can only hope that is somehow contagious.”