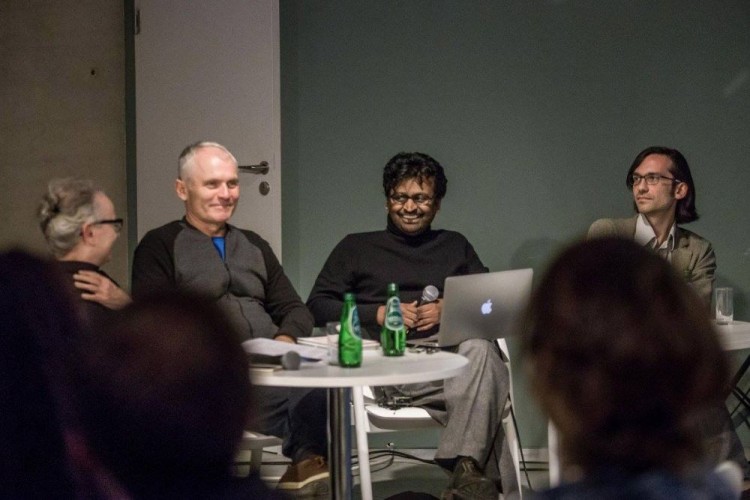 Dr. Alpesh Kantilal Patel, Assistant Professor and Director of the FIU Master of Fine Arts Program, is currently fulfilling a project as a Fulbright Scholar, until at least December 2015.

As part of the Fulbright Scholar Program, Dr. Patel is currently in Poland to study the work of contemporary artists that explore LGBTQ (lesbian, gay, bisexual, transgender, and queer) themes. He is also looking into how these artists intervene in LGBTQ art histories that only focus on the United States and Western Europe. As Dr. Patel explained, Eastern Europe, although it is “a shifting, unstable construct,…is often mobilized to describe artistic practices in countries thought to be a part of the region as if it is unchanging.” Dr. Patel said, “This has the unfortunate or even unconscious effect of preventing such artwork from being seen through other frameworks, such as gender and sexuality.”

During his study, Dr. Patel is also interested in comparing the LGBTQ-themed works by Polish artists to similar works by other artists in other nations or regions, hence the title of his study, “Transnational Approaches to Queer Contemporary Art Practices in Poland.” In this way, Dr. Patel can explore artworks that may not usually be viewed within the same thematic framework.

In Dr. Patel’s research, “transnational” means connections that are not limited either to dominant Western metropolitan centers or to a cultural dynamic of dominant-versus-minority. “Connections, instead,” said Dr. Patel, “occur through minor to minor engagements that avoid the center, the dominant, and the metropole.” He wants to focus on seeing Western culture “as a culture of one of the regions of the world.”

Dr. Patel has decided to conduct his research at Adam Mickiewicz University in Poznań, Poland. He chose the university because of two major scholars in its art history department: Dr. Paweł Leszkowicz, the leading scholar on LGBTQ Polish contemporary art, and Dr. Piotr Piotrowski, a trailblazer in theorizing transnational approaches to art history.

Dr. Patel discussed his project with both faculty members, who enthusiastically supported it. “My interest in Poland lies in the fact that the country is at a crossroads regarding LGBTQ rights, and contemporary artistic practices are imbricated with this issue,” said Dr. Patel.

Dr. Patel met Dr. Piotrowski in 2012 when he contributed a paper to a panel Dr. Piotrowski co-chaired at the annual conference of the Association of Art Historians in England.  Dr. Patel then took a group of FIU students to hear Dr. Piotrowski give a lecture as part of a study abroad trip to Germany and Poland in 2014.

Dr. Patel, along with many of the other authors of the book that emerged from the aforementioned conference, met in Warsaw at POLIN Museum of the History of Polish Jews on September 9th to celebrate the publication of the book as well as to honor Dr. Piotrowski, who passed away this Summer.

For his individual research in Poland, Dr. Patel is aiming each week to visit one to two studios that include LGBTQ-themed contemporary art. He is also planning to hold workshops at Adam Mickiewicz University on special topics ranging from performance studies/theory to “thinking through images.” He plans to present his research findings at conferences, curate an exhibition based on his research, and incorporate the artworks he discovers in Poland into courses at Florida International University.

Dr. Patel will include his Fulbright research in his book project, tentatively titled Transregional approaches to LGBTQ artistic practices.  This will be a follow-up to his book Productive Failure: Writing Transnational South Art Histories, which challenges genealogical approaches to writing art history in the context of transnational South Asia. Productive Failure is under contract with Manchester University Press and will be published in late 2016.

Finally, through an analysis of visual culture, Dr. Patel plans to explore Poland’s more recent visible Islamophobia in the context of its homophobia that he believes are deeply intertwined. He says, “At least in my limited experience here so far, the people of Poland are extremely divided on both issues though the Western media seems unilaterally to conflate the governmental response with that of those living here.”