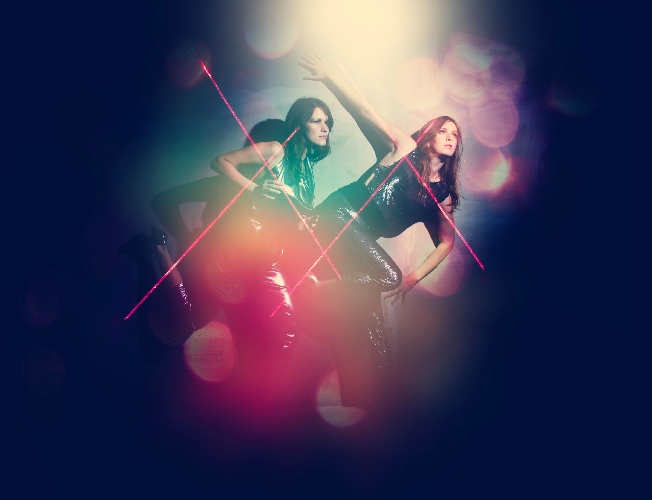 The goal of the performance was to connect the UNTITLED fair on the beach’s shoreline to the ocean through a new moon celebration. The duo curated the performance to include video projection and several participants, including dancers, synchronized swimmers, surfers, boogieboarders, noise musicians, and beatboxer Kamikaze. The performers travelled through the fair’s gallery on roaming platforms, until they reached the sand on the beach outside, where stages were set up. The performance included carefully crafted costumes and recycled materials, in an effort to formally observe the new, 2013 edition of Art Basel festivities. In addition to this performance, The TM Sisters participated in a lecture at UNTITLED Miami Beach called Art Fair as Site, moderated by Greg Lundquist and in partnership with The Brooklyn Rail, on Friday, December 6th.

Moreover, work by the TM Sisters were included in other fairs. They were featured in the David Castillo Gallery booth at Art Miami and in the Locust Projects booth at NADA Miami Beach. Also, the artistic duo were invited by the Art Basel tour committee to participate in its official Art Basel Miami Beach Studio Tour program. Their studio was open for the tour on Friday, December 6th. Additionally, the TM Sisters attended a brunch at Girls’ Club during the week, to celebrate their curation of the exhibition I think it’s in my head.
The TM Sisters have been voted Miami’s Best Artist (2012) by the Miami New Times, have exhibited in local and international locations like New York, London, and Moscow, and have been covered by The Guardian, The New York Times, Vogue Italia, and ARTNews.

The images from the performance at UNTITLED Miami Beach are provided courtesy of artisabout.com.