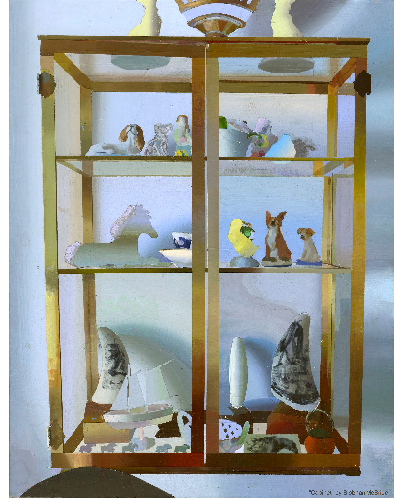 Some College of Architecture + The Arts professors were featured in satellite events during the Art Basel weekend. 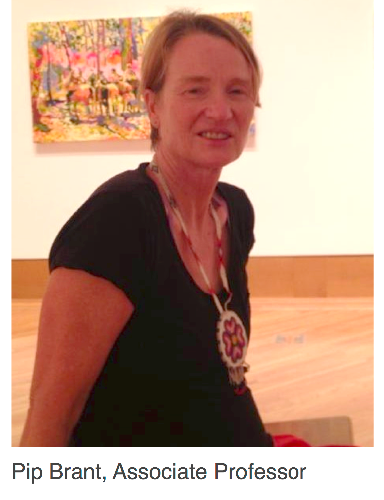 On Friday, December 6th, 2013, Pip and Duane Brant staged GrabASS, an interactive performance in which the artists wore wooden lederhosen with back pockets, originally created to hold four baby rabbits. Viewers were invited to reach into the back pockets to feel what was inside of them, which, perhaps, made some viewers reach out of their own comfort zones. On Sunday, December 8th, 2013, Pip and Duane Brant performed a second piece at Zones Art Fair entitled Tiny Forest. In front of their audience, they planted a miniature forest using bonsai techniques. During the process, Professor Brant played the accordion, so as to add a tranquil soundtrack to the scene.

In addition to showing at Zones Art Fair, Professor Brant – along with Bill Burke (Professor), Dustin London (Visiting Faculty) and Peggy Levison Nolan (Adjunct Faculty) – exhibited at Turn-Based Press for its Invitational Print Exhibition for Art Basel Week. Turn-Based Press is a printshop in the Downtown ArtHouse that supports the local artistic community. 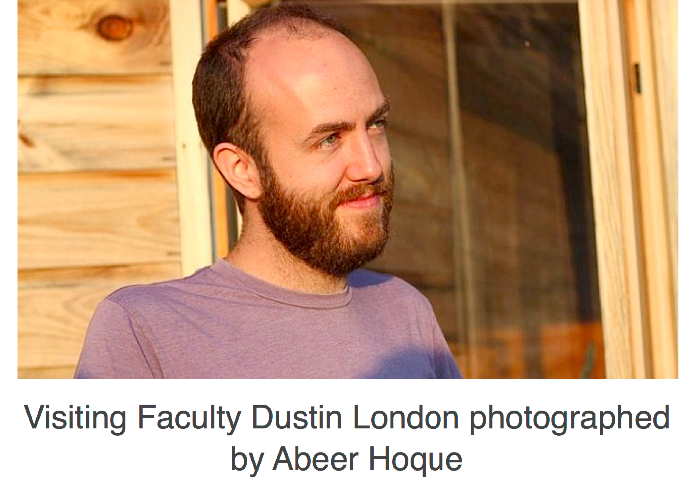 Dustin London, Visiting Faculty of Painting was invited by New York-based curator and critic Saul Ostrow and Miami-based curator Lidija Slavkovic to participate in the UNTITLED satellite event Drawing on Habit: An Ambition, at the Carlton Hotel. The exhibition, according to the curators, explored “how habit consciously and unconsciously informs the attitudes and points of view that stimulate an artist’s experiments and contingent interpretations of their disciplinary objectives.” For his work in the show, London used micaceous iron oxide on panel. London’s work, along with those of the other artists in the show, focused on the themes about habit set forth by Ostrow and Slavkovic’s text project An Ambition. 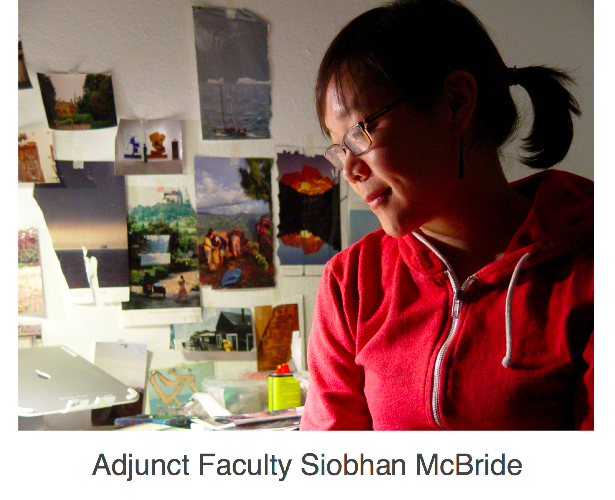 Siobhan McBride, Adjunct Faculty also exhibited her work during the Art Basel weekend, at PULSE MIAMI. McBride showed her work at the booth for Eight Modern, a Santa Fe gallery that represents her, and a gallery for which she did an artist’s residency in 2012.
“I have come to think of my paintings as views of a place where magic reveals itself differently than it does in this world,” said McBride. Her pieces in the Eight Modern booth at PUSLE MIAMI hit on the dreamlike, strange, and suspenseful. “The scenes are tense with anticipation or blushing in the aftermath of an unseen event….They are, simultaneously, diagrams for understanding events from the past, and puzzles to decode experiences not yet had.”