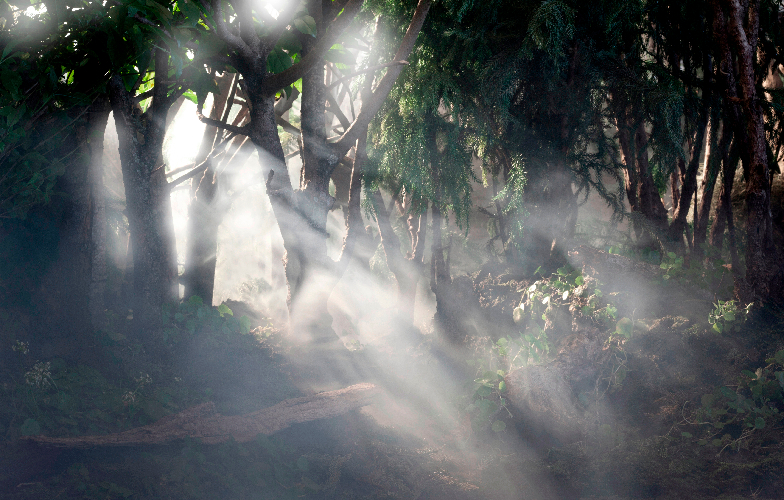 On November 9th, College of Architecture + The Arts BFA alumni Samantha Salzinger (’95) and Jillian Mayer (’07) will present work at in Bedlam Lorenz Assembly’s group exhibition Counting Backwards at the Young At Art Museum. In this show, Salzinger and Mayer, along with two other artists, will tackle the notion of a shifting, perhaps crumbling society and its limits.

Mayer will exhibit an interactive scenario for Counting Backwards. She will touch upon the digitalization of modern society, and how it may socially handicap our global community. Her film “#PostModem,” which was recognized by Sundance, will have a role in her contribution to Counting Backwards, and she will include objects, music videos, and kinetic sculptures to expound upon the theme of overwhelming computerization and its limiting effect on human beings.

On the other hand, Salzinger will present photographic work for the exhibition. Salzinger photographs her own dioramas, which depict landscapes that seem either prehistoric or post-apocalyptic. She said that her work is inspired by the presentations she would see at the American Museum of Natural History in New York, which displayed representations of extinct species, including early ancestors of the human family. However, Salzinger’s dioramas exclude all human life forms. This decision of the artist emphasizes the sublimity of nature. “There is a boundlessness that is evoked in the sublime.” said Salzinger. “Beyond the nature of our judgment and dignity, we become aware of ourselves in the face of the wonder, awe, and terror in this aesthetic experience [with nature].” Like Mayer and the other artists, Salzinger examines the limits faced by human beings. “The sublime reminds us of our humanity, as finite beings while acting as a mirror of the infinite.”

The featured image is “Dawn” (2012) by Samantha Salzinger.