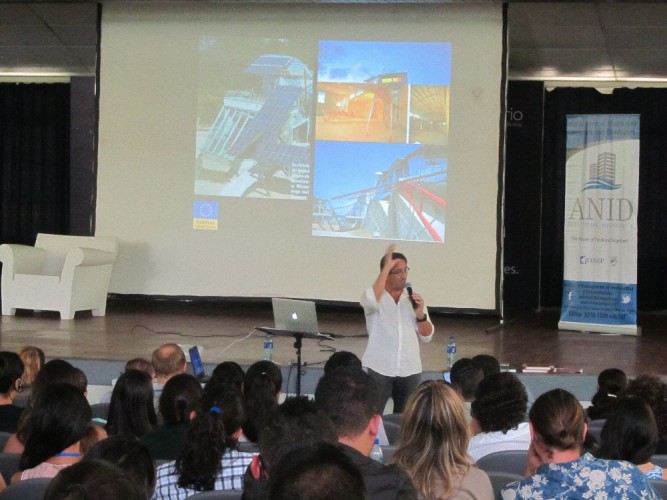 Associate Professor Thomas Spiegelhalter was featured at the MUNDANEUM 2015 in Managua, Nicaragua, an international architecture conference that has been hosted every year in Central and South America since 1998. The Freiburg, Germany- and Miami Beach-based architect, engineer, urban planner and professor presented on the new technological protocols and aesthetic possibilities of carbon neutral architectural and urban projects based on his 25 years of built realizations and research around the world.

His sponsored presentation was intended to fuel the exploration of a whole new parametric-algorithmic language of carbon-neutral architectural design, where beauty and aesthetics are based not on abstract rules but on a building’s environmental performance design and footprint, energy efficient operation, and real world benchmarking.

The MUNDANEUM is an International Architecture-Urban Design-Art-Design Conference and was founded at the Association of Collegiate Schools of Architecture (ACSA) International Conference, celebrated for the first time in Latin America in Rio de Janeiro, Brazil on May 23rd, 1998.

This MUNDANEUM was sponsored by: