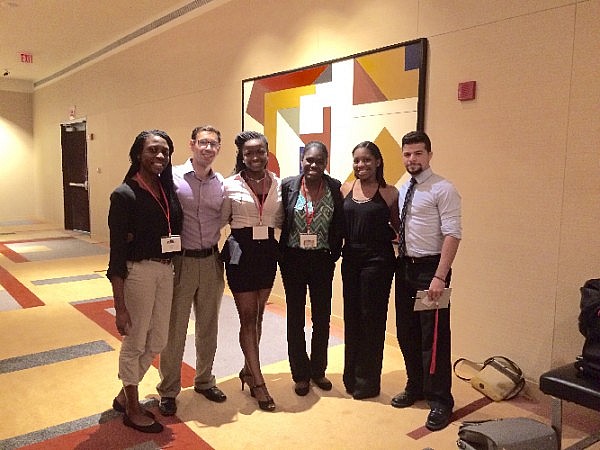 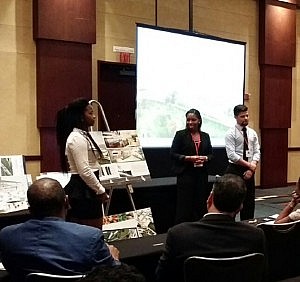 Santasha Hart, president of NOMAS-FIU, said that the conference was a motivating experience. She also mentioned that individuals at the conference from NOMA and other institutions recognized FIU for its outstanding design work. Hart provided the following statement:

“Competing against 16 other schools, FIU’s NOMAS Chapter held their own by placing top five overall. After presenting their boards and awaiting the results, they were pleased to hear the judge’s accolades. It was truly an honor to receive such praise from both the judges and other competitors in the competition. Even Georgia Tech, the winning team, came up and demonstrated their admiration of our school’s boards. FIU’s NOMAS chapter definitely plans to go and compete again!”

The featured images are provided courtesy of NOMAS-FIU.