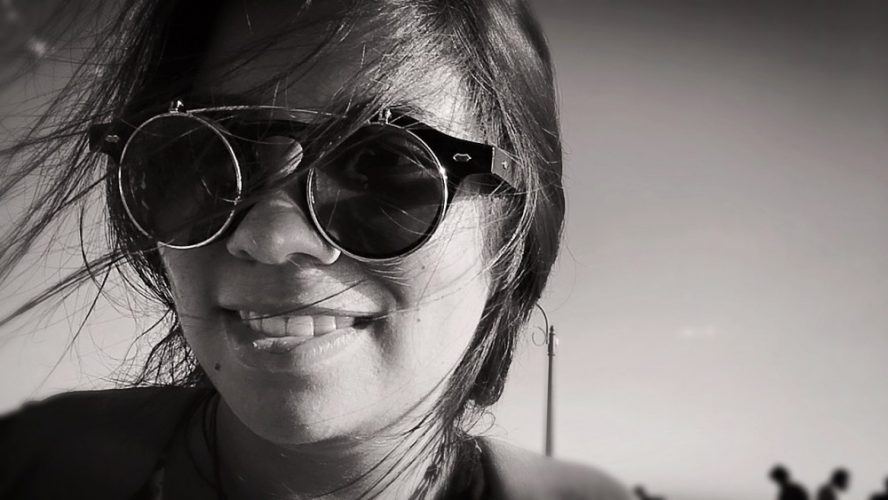 My First Job as a Computer-Generated Imagery (CGI) Designer

Originally from Caracas, Venezuela, Zoe Russian Moreno moved to the United States to pursue a Master’s in Architecture at Florida International University (FIU). Knowing limited English and facing economic and psychological stress from the political climate back in her hometown, her time at FIU was an emotional roller-coaster.

However, with help and support from many who believed in her, she graduated in 2016 as a Worlds Ahead Graduate. She credits Professor David Rifkind, for whom she worked as a graduate assistant and was her mentor throughout her educational career.

After graduation, Zoe knew she had to find a job that would sponsor her visa or else she had to go back to her hometown in South America. She had aspirations were to become an art director and venture into the special effects realm but without a secure job her goals would be unattainable.

She tirelessly researched and applied to different architectural visualization companies from around the world until she got a call back from internationally known creative agency – DBOX. Read more about her journey below:

Where are you working? Job Title? 3-D CGI Designer at DBOX

How did you get your job?
After my Master’s Thesis I realized that my true calling was in the world of special effects. Best known as VFX. Ultimately I just wanted to create different layers of world building combined with my architectural degree. Saying that, I realized that Miami does not focus on these side of design in the industry. At least, not in the areas I was interested in. Therefore, my job search was specially difficult. As an immigrant and international student I needed to find work within 3 months or I would have had to return to Venezuela; which was a big NO-NO. I was in need to find something…Anything that could cover my status and the possibility of future visa sponsorship. However, I did not want to work in the typical architecture positions. This took some creative thinking and me venturing outside my ‘comfort’ zone. I looked into Architectural Visualization companies from around the globe. Companies who focused on telling stories and had amazing visuals to sell said stories. This is when I came across DBOX. A critically acclaimed creative company whose work has continued to amaze the masses since it’s beginnings in 1996. They had offices in Miami-London-New York. Once I saw their work I knew I needed to learn more from them. I applied for the CGI team in all offices (I just wanted a chance to work with them). To do this, I revised my portfolio, making sure to add my thesis and finally pressed sent. A few days later the Miami office called me for an interview. Long story short, they were impressed with my work ethics and capacity to create stories. I was just grateful that they understood what having a purpose can do to a project. Later that week they called me back to offer me the position. It was a crazy ride but the beginning of my new saga had just started.

What was your greatest fear going into your first job and how did you face it or overcome it?
The main thing was learning new software in general. In the ‘big’ industries work is much more demanding and the final product has more finesse and attention to detail so I needed to up my game. I stayed up late for months learning the required software. I read a bunch of theoretical ideologies so I could understand the software properly. I obsessed over CGI websites to keep updated. It was intense. However, in a couple of months I was already building scenes for future projects. The effort paid off.

What advice do you have for those beginning the job search process?
Get out of your comfort zone. Don’t think that because you have an specific major you are only limited to that area. Venture out there and don’t settle for something you’re gonna be dreading later. It’s not good for you or the work you’ll be at. Be willing to re-learn and explore.

What does a day on the job look like?
Coffee. Check to see what’s due that day. Talk to the team about how to proceed on different scenes. Most of the time we have several projects going on at the same time so organization and communication between all parties is super important. Depending on the priorities I could be making new scenes with furniture, lightning, materiality (all in CGI). Or other days I do the post-production of final images, which include color corrections and such. Coffee again. Then check what’s do for the following day and do it all again the following day.

How does your job connect back to your coursework?
My job is creating architecture that is not yet physically tangible and make CGI scenes that feel and look ‘real’ to the clients. They need our images to ‘visualize’ and the space. To understand it. To buy it. We use floor-plans, sections, elevations to build our concept. I apply my degree everyday as I need to understand the spaces and build the story around it.

How has your transition from school to work? How do you balance your time?
I was always a workaholic so the transition was not bad. I actually get to sleep more. I set myself a schedule per week to work in my own personal projects. This helps me grow as a designer and I come up with new and better solutions for work. Win-Win. Also, weekends are now a re-charge ritual I did not have in school. All in all, adulting is great!

What’s been the coolest thing about your job so far?
The quality of work we produce is pretty high standard. I’m always proud of what we put out there. Also, the people are great. Full of energy, but down to Earth. We have a ping-pong table so during long rendering times we relax by playing little tournaments here and there. Nevertheless, the coolest thing about work so far has been the learning curve. I have to keep on my toes all the time so I don’t get left behind. Technology keeps changing so I need to adapt every time there’s a new plug-in, software or such. The erudite in me is happy to have the opportunity to learn something new every day.

Check out below the one of the projects Zoe was involved with: