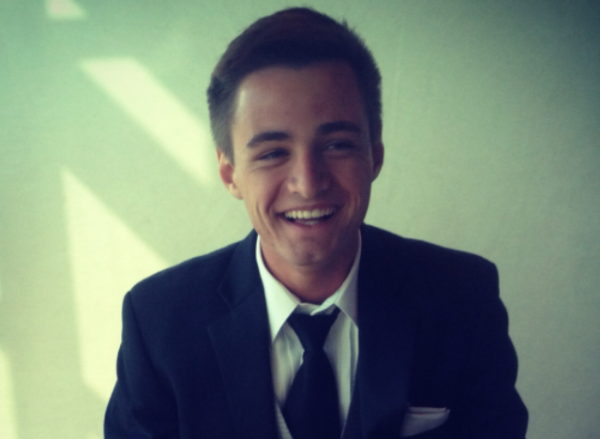 FIU Architecture student Kevin Patterson placed first in the 2014-2015 Reverend Dr. Martin Luther King Jr., Essay Contest, hosted by the FIU Office of Multicultural Programs and Services. Kevin’s first place award includes a $2,000 stipend towards his FIU tuition for one academic year, a $500 book award, and a meal award. The Department of Architecture at FIU would like to congratulate Kevin on this great achievement, which he received for his outstanding essay and stellar GPA.

Kevin explained he decided to compete in this particular essay contest; “MLK has inspired me ever since I was a child.  I’ve done book reports and read a lot about him. His vision of peace and equality is a big part of why the United states is where it is today.  It reinforces how education is the greatest demonstration of freedom and how, with it, it is the greatest equalizer.”

His Vision: Our Responsibility

One of the biggest defining moments in history was the delivery of the I Have a Dream speech given in 1963 in Washington DC by Dr. Martin Luther King. He claimed that day to be the greatest demonstration of freedom that the nation would ever see. His vision for equality of the people of the free world has been realized today, and he would be proud to see what she has become, but he would not be satisfied. Racial inequality is still precedent in our country but we have evolved as more accepting beings with far less hatred in our hearts to those different than us. Today we are faced with a growing divide between the “haves” and “have nots” that is enabling economic disparity to thrive. His vision of ending racial inequality can be fully realized through the power of education.

Today, education is the greatest demonstration of freedom. The best way to unify our nation together as brothers and sisters and heal the wounds of economic distress and racial divide is through equal, accessible, and affordable education. It was Dr. King’s wish that one day people could “…live in a nation where they will not be judged by the color of their skin but by the content of their character” (King para. 9). Education is the great equalizer that allows everyone to be judged through the quality of their character and not by their socioeconomic class, gender, or color of skin. Education is the strongest weapon that can be used to inflict change. If education were the main focus in our society and used as a platform to end racial discrimination we can fulfill his vision.

Access to quality education is “still sadly crippled by the manacles of segregation and the chains of discrimination” (para. 3). Once we can overcome this barrier then our nation can truly be free and bask in the sun of freedom and equality if we believe that the system can change. We have forgotten the words of our Founding Fathers upon which our country was built, which promised life, liberty, and the pursuit of happiness.

We continue to be fearful of standing up for the change we wish to see in the world and advocate for justice. This is our responsibility that we owe to Dr. King who died for his Dream. It is easy to believe that we can no longer connect to his dream and manifest his vision because racial inequality and civil rights is a time behind us, but his dream is still very much alive. It has merely taken a different shape and we must be critical enough to see it and act upon it in his memory. Dr. King encouraged advocacy for equality and asked his followers to believe that change will come. Our responsibility remains the same as it did in 1963 and we too must still believe that change will come if we are brave enough to advocate for equal and accessible education and start dialogue about the issue to lead a movement as great as Dr. King once did.

PrevPrevious StoryRegistration for the SOA Career Fair Now Open!
Next StoryFIU Eco-Couture Will Promote Sustainability Through Fashion on April 2ndNext