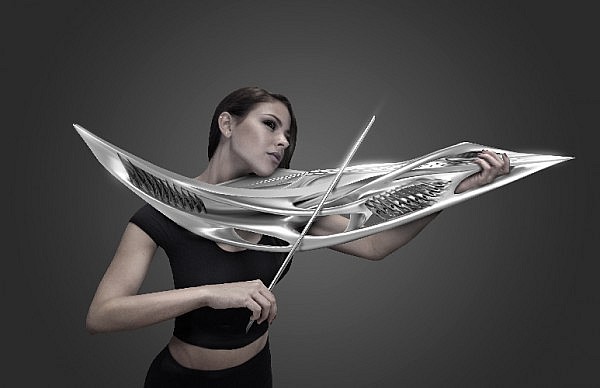 The television station will feature projects by MONAD Studio and the work it is doing with FIU students for the Jacob K. Javits Convention Center in New York. At the Javits Center, MONAD Studio is integrating architecture and music with the collaboration of seven FIU Architecture students. This is a new interdisciplinary project with musician Scott F. Hall to create a sonic installation with music performances at the Javits Convention Center by I.M.Pei from April 16th-17th.

This is part of Professor Goldemberg’s research project for his upcoming book FEEDBACK: Architecture + Music, under contract with eVolo and distribution by ACTAR.

The header image is of a 2-string piezoelectric violin MONAD Studio is designing – one of 5 instruments for the sonic installation at the Javits Convention Center in New York.