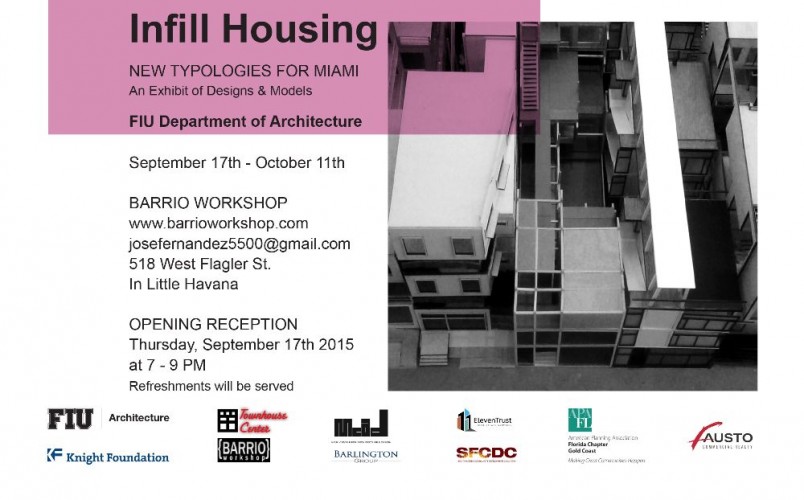 The exhibit is based on the Infill Housing studio provided at the FIU Department of Architecture, in which existing buildings in Savannah and Miami were used as precedence for understanding infill urbanism. Students documented entire wards in Savannah and entire city blocks in Miami to understand how the public and private realms of a city were organized. For the past several years, this studio has been devoted to the study of housing. This study continues with a new focus on urban adaptable housing typologies.

This year’s exhibit of Infill Housing documents the result of the students’ work. This year, it highlights more the role of precedence. Based on the idea that true innovation exists within the context of what has occurred before and that the lessons of the past inform and empower the new, this studio used Savannah as a raw material for the Miami housing proposals. A new “transformation” assignment was introduced. In this assignment, a Savannah house was distilled down to its ordering structure and then transformed to accommodate a new site. These transformations revealed the flexibly of the original structure and provided each student with parti for their own projects.