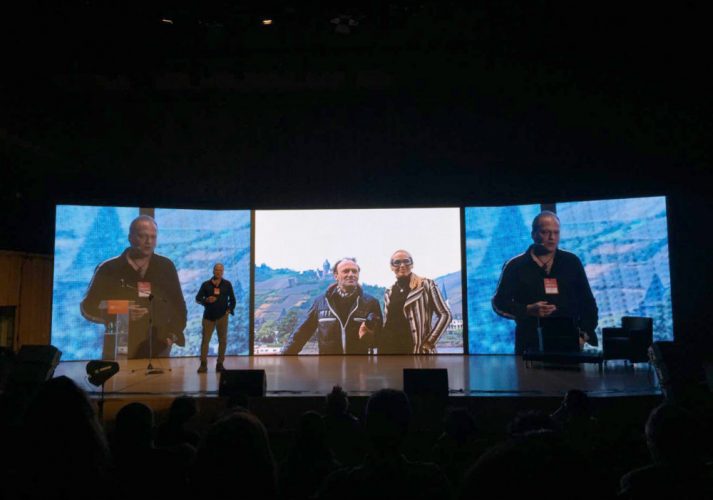 Associate Professor and Digital Design Coordinator for FIU Department of Architecture and co-founder of MONAD Studio Eric Goldemberg, absolutely shined at the 17th installment of the international architecture event, 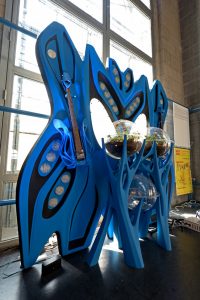 The event brings together a variety of internationally renowned architects and gives them the opportunity to showcase their creative exhibitions, give lectures, and connect with one another, while at the famous, La Usina del Arte. Goldemberg’s exhibition, FEEDback, “crystallizes the notion of trans-disciplinary project in architecture, generated by experimental strategies of direct application to the scale of the human body and its mediated environment.”

Professor Goldemberg was the curator of the exhibition and it included the works of extremely prestigious personnel such as Zaha Hadid Architects, fashion designer Iris van Herpen, and global superstar singer Björk. The exhibition also had a virtual aspect in which two adjacent digital sub-exhibitions presented a computational feedback effect, which users/viewers can access through a portal on their smartphones.

Goldemberg also had an architecture installation at La Usina del Arte entitled, Borboletta. The sonic installation simultaneously operates as a, “display system with living organisms and as stage for the instrumentalization of a viewing spectacle with participation by humans and insects alike. It consists of 4 integrated entities representing the essential ingredients of a future resilient ecosystem: a variable scaffolding structure which allows interaction with the human body, sensorial milieu activated by the sonic integration (two 3-D printed guitars) and the Arduino feedback audio systems; the self-sufficient habitat oriented to the proliferation of biodiversity (insects spheres), and the climate responsiveness of the system, through expansion and contraction of an acellular mass of creeping gelatinous protoplasm containing nuclei (Slime Mould).

“This integration is the result of a few years of cross disciplinary and trans-generational projects that aim to challenge the conventional relationship between artifact and nature. Here the research of Alessandro Melis of (Heliopolis 21), Eric Goldemberg + Veronica Zalcberg (MONAD Studio), Francesco Lipari (Ofl), and Jumhur Gokchepinar(University of Portsmouth) for the first time converge. The project also includes the collaboration of Jorge Cereghetti, who led a team of students of the UADE Labs in the construction and assembly of the CNC milled body of Borboletta.”

Congratulations Professor Goldemberg, we’re so proud of you and all your accomplishments!