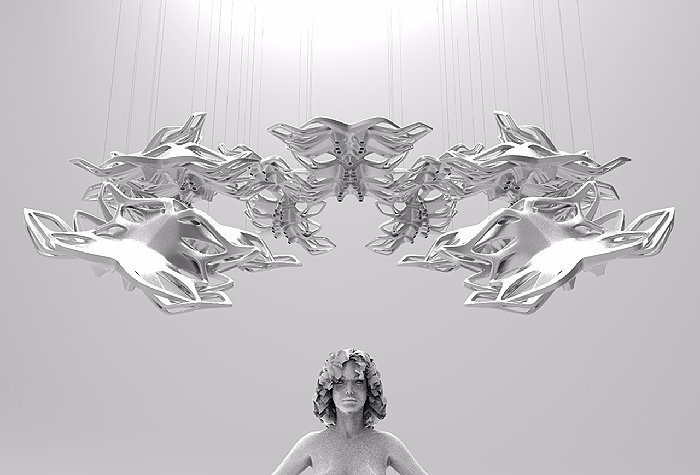 The show, curated and designed by Goldemberg and Veronica Zalcberg, debuted back in October at FIU’s Jewish Museum of Florida (JMOF). A departure from the usual themes of installations, “Subject to Interpretation” is a modern, 21st century take on the migration of Argentinean Jews to the United States.

In December, the show was a featured event during Miami Art Week 2017. Highlighted as part of the official program of Art Week, the exhibition gained attention from multiple media sources such as SNAP Magazine, the Miami Herald, the Sun-Sentinel, and world news distributors, Agencia EFE (Spain).

“Subject to Interpretation”, showcases a site-specific, sonic installations titled “La Cole” created in collaboration with music composer Jacob Sudol. All architecture projects, art projects, artifacts and music instruments were created since they migrated to the United States 11 years ago.

The exhibition was prominently featured during Art Basel but will stay up until April 23, 2018 and where it will be replaced by Goldemberg’s next exhibition entitled “Spaces of Tolerance”. In this exhibit, Goldemberg will serve as curator of 14 Masters of Architecture candidates who will be building site-specific installations of their own.

“I was very glad to collaborate with Director of FIU’s Jewish Museum of Florida Susan Gladstone to create Subject to Interpretation,” said Goldemberg. “My next exhibition will feature Masters Project students are working on their thesis projects which consist of creating their own individual installations based on the subject of spirituality. Opening date is April 20th, 2018.”

You can view the featured publications here: