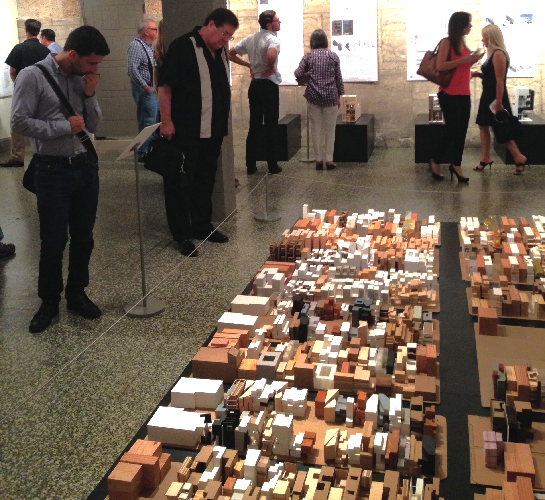 All Buildings Great & Small: New Building Designs for a Better City, an exhibit of projects by FIU Architecture students, saw many guests at its public opening on Friday, September 5th. The exhibition at Coral Gables Museum opened as part of the museum’s Gallery Night. 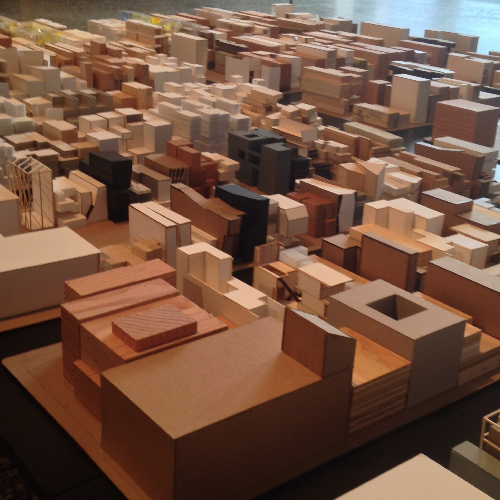 The work of All Buildings Great & Small affirms the value of small-scale development. In the nineteenth and early twentieth centuries, American cities began their urban growth with small urban buildings. Before the high-rise, a fabric of one- to five-story buildings defined city streets. These buildings created lively urban spaces and neighborhoods; they were mixed use and did not have parking, elevators or air conditioning. In the best examples, as these cities grew throughout the twentieth century and into the twenty-first century, high-rises were added to this pre-existing urban fabric to create a complex urbanism that absorbed the demands of modern life, while maintaining the character of the older neighborhood.

The focus of the student projects in this exhibition was the discrete infill project within a restricted urban site and its potential repeatability. As a repeatable unit, an urban townhouse becomes an urban proposition, a definer of the street, and the integral component of a neighborhood and city life. The site for this year’s design projects is Wynwood, a new arts district undergoing an urban renewal. In addition to design proposals, students documented existing small-scale buildings in downtown Coral Gables and Wynwood. (Source: CARTA News, September 2014)

All Buildings Great & Small: New Building Designs for a Better City will run until Sunday, October 26th, 2014 in the Abraham Gallery of the Coral Gables Museum: 285 Aragon Avenue, Coral Gables, FL 33134. For information on admission into the museum, click here. 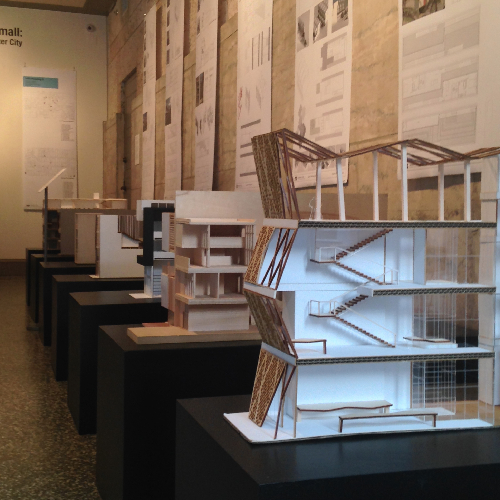