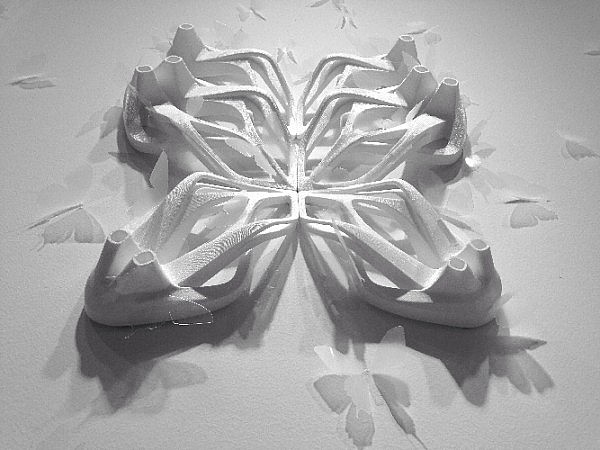 MONAD Studio exhibited its work “Farfalla,” a modular candleholder system whose individual components can be made to order. The piece was constructed in two days and nights using mixed media, laser cuts, and 3D printing. The work was presented as an installation at Artstop, an event-space of Art Wynwood. It was done in collaboration with fashion designer Luis Valenzuela, showing an interdisciplinary approach to the creation of art. The name of the joint installation was “Colonize” and articulated several scales of mutant butterflies fluttering with menace and grace.